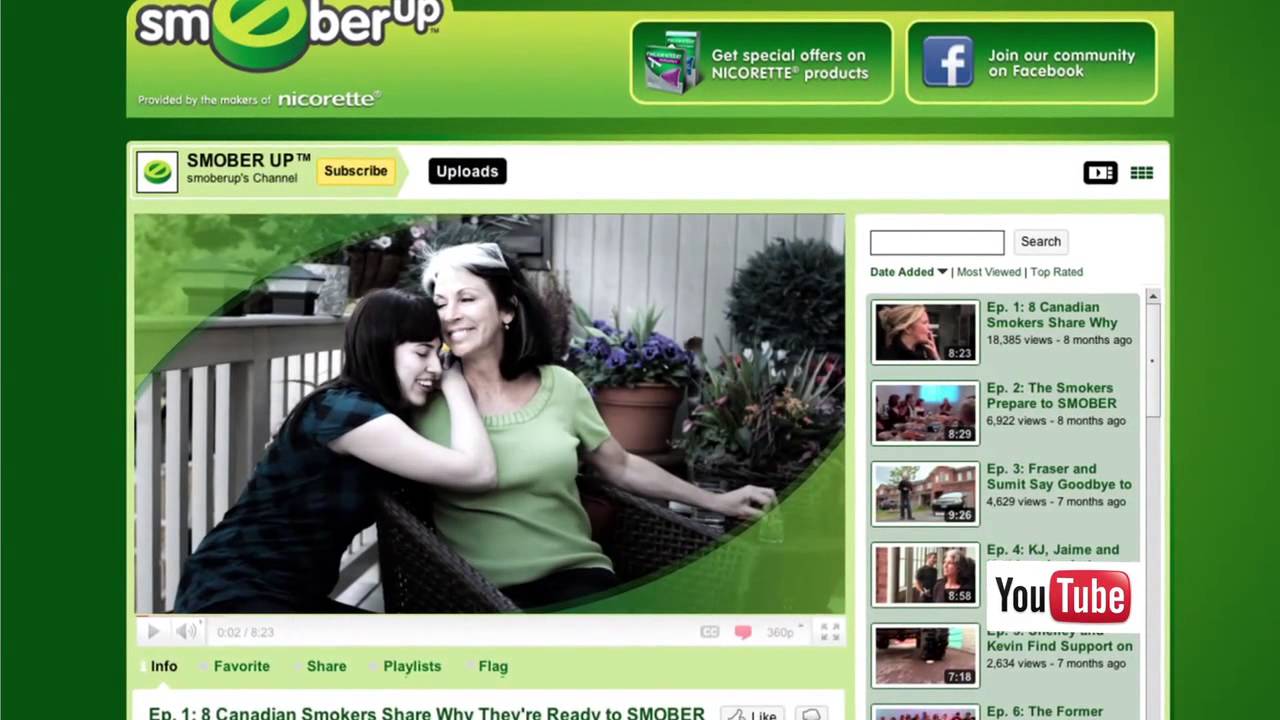 Nicorrete® understands how hard it can be to quit smoking, and needed a new way to inspire Canadians to try and kick their habit. The challenge was that Canada, like many countries, is a mature cessation market. Smokers feel they've seen it all before and we know that simply talking at the audience leaves them cold.

Our strategic work led to a simple truth for the brand: no two quit journeys are same. With this in mind we determined that the only way to tell this story was to depart from a traditional 30 second approach and create a reality series that followed real people on their physical and emotional journey to being Smober.

In addition to the  ‘Smober Up’ series we created an online community where smokers could lean on both Nicorette® and each other for help. The community accompanied the ten part docu-reality series as it followed the journeys of eight quitters from smoker to smober. Apart from its success on YouTube, the brand moved from decline into a 12% jump in sales. Smober Up also went on to win the Johnson and Johnson Canada's first James E. Burke Global award for marketing.

The Smober Up campaign was a groundbreaking digital program that allowed the brand to engage in an interactive dialogue...